Every now and then football fans place themselves into a situation they may rather regret. You know, that situation born out of their blinkered love for their club; which disregards all logic and common sense. When you have in attendance that one person that gets up your back; usually pretty much immediately after your team has lost.

There is window of opportunity to exploit any fan at their most vulnerable. Seriously I’m surprised people do not try this regularly as you could make a mint from it.

As certain as the sun rises in the sky you can be sure that if you catch a fan after his team has lost and wind him up the right way he will bet his house that his team will batter your team.

Keeping within the realms of reality I’m not talking about a Wolves fan giving it large to Manchester united fan. This more relates to your local rivals or teams of similar stature. I’m talking your Arsenal/Spurs, Liverpool/Everton, Man utd/Man city type of rivalry.

Now I have found myself in a situation. Anyone who knows me will tell you I am not a gambling man. I tend to think before I throw a load of cash at something. I normally avoid the window of opportunity to make a ridiculous bet because I usually turn my phone off after a defeat. I don’t want to talk football and Match of the Day gets avoided.

On this occasion it was a Spurs supporting friend of mine who made the proposal. This was at a time when Spurs were starting to wobble and just had a bad result. The Arsenal momentum was up as it was during our winning streak which included the 5-2 win over Spurs.

I was offered the bet of who will finish above who come end of season Arsenal or Spurs?

I don’t think we had overtaken Spurs at that time but we were riding the crest of a wave and it was only a matter of time. I’d take that bet.

My Spurs supporting friend was in that window of opportunity though at the same time it was not definite Arsenal had it sewn up.

What was at stake in this bet? Well a figure was thrown out there. I think around £100  “Get the hell out of here! I got bills to pay” (in this current climate that will only get me to 2 arsenal games)

Ok, compromise, loser has to put on the shirt of the winners team and be snapped in it. “OK, I’ll take that” 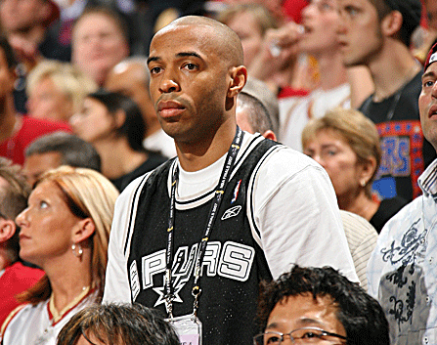 At the time it seemed a harmless bet. After all we weren’t going to throw this away. Spurs were imploding. I took the bet. How smug I was

Fast forward to last Saturday. Me sitting/standing in the clock end witnessing sub standard players like Simeon Jackson tearing us a new one. It was not a pleasant experience (will give you more about my Norwich experience in a future blog).

What a sinking feeling I felt at the final whistle. The actual realisation sunk in that I could lose this bet. I would have to put on a spurs shirt.Thank the lord for Aston Villa but at the same time we are not home and dry.Any possible St Totteringham day will be on the final day of the season.

All is at stake and I am nervous as F**k

It should never be that I have doubts of my team beating West Brom but it is.The bet I have on is worth far more than £100. This is my pride and dignity on the line.

Pray for me people, Pray for Arsenal. Non-believers…wish me luck!

On Arsenal news front Twitter was awash with claims that Arsenal have tied up the transfer of Yann M’villa. Let’s hope it’s true. Definitely the kind of player we need at our club.