Yesterday we received the official announcement that Pat Rice has stepped down from his role as assistant manager and replaced with Steve Bould.

I am grateful for the service that Pat has given us over the years, he has been a great servant to the club and he leaves with the best wishes from all the staff at arsenal. 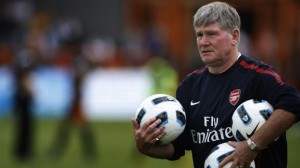 Unfairly labelled as a yes man I guess sometimes people just need to pin something on someone when things are not going great, we haven’t won a trophy for a few years now so accountability needs to be distributed. A lot of factors have contributed to our barren spell and I certainly don’t think Pat rice is one of them.

Everyone is entitled to their opinion though so this is mine; you are entitled to have yours

Steve Bould has now stepped into the fold. A beast of a defender during my young years he definitely ticked all the boxes of the type of defenders that were flying off the production line at the time.

Nearly all the defenders during the George Graham days had that distinct aura of captain material, all leaders at the back. Of course Tony Adams was the captain but the likes of Bould, O’ leary, Keown all knew their craft and had the credentials to be captains themselves.

Bould had maintained his links with Arsenal by taking various roles behind the scenes at the club obtaining his coaching badges and most recently doing a very good job managing the Arsenal U-18’s.

The important thing about the appointment of Bould is the fact he is totally tuned in to the arsenal way under Arsene but also has the DNA of George Graham running through his veins which will hopefully be passed through to the defenders at arsenal.

I believe Bould will garner respect from the arsenal players and throughout the club; he is still highly regarded by the fans that remember him and hopefully moving forward that will lead to success. Most importantly he will strike up a good relationship from the off with Arsene and build a strong bond to grow from.

Welcome Stevie Bould, you’ve got no hair, we don’t care

The rumours about M’villa turned out to be a load of twitter hot gas. Arsene duly rejected the notion that a signing was imminent at yesterdays press conference. Times have changed so much nowadays that Chinese whispers with the aid of twitter and football gossip sites whip fans into such a frenzy.

Rumours spread so fast with no sign of hard evidence, sometimes we are so starved of news we subconsciously want it to be true so believe in them. Next minute a few retweets here and there and its all across the back pages of the papers and more people are taken in.

Gone are the days we would buy a paper in the morning and find out who the arsenal are interested in. Now we are competing with the reporters themselves to get the scoop from the ‘reliable’ source.

These days we buy the paper and the news is already old, it’s already flooded twitter the day before, trended, discussed to death, mentioned on talksport and already the next new name has been linked; all in the space of 24 hours. 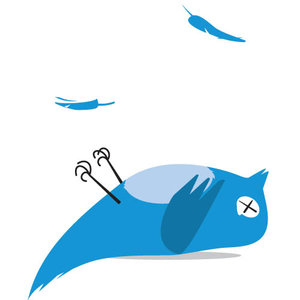 The rumour mill is working at full capacity. If it were a company I would advise purchasing shares in the damn thing. Don’t see it slowing down any time soon