So the draw for the knockout stages of the Champions League was made yesterday and we managed to avoid a mouth-watering clash with Barcelona instead drawing Bayern Munich. By means a tie that can be equally as hard as facing Barca, Munich are a team in top form in their domestic league, they currently lie top of the Bundesliga not to mention being the winners of their Champion’s League group.

There is an Arsenal link to Bayern as Lukasz Podolski is a former player; he will definitely have a point to prove against the German giants. His spell with Bayern didn’t quite go to plan and many questioned his credentials when playing for a big club; he then returned to previous club Cologne to rebuild his reputation. He had his 2nd chance to prove himself at a big club when he signed for us in the summer and although on reflection he hasn’t set the world alight since at the Emirates he has been far from a flop either. He will be bang up for it and he has already given some of his thoughts on the draw. 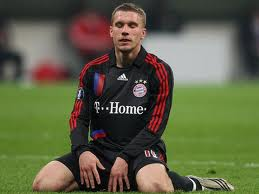 It will be a true test to the Arsenal and we will need to pull out an almighty performance in the first leg and then finish the job at their ground. If we do manage to win the tie it will no doubt restore confidence back to the players; Bayern are last season’s finalists after all and a win may give the team the belief that they have every chance to win the competition. Football is so much about confidence and once the belief is there in the players then half the manager’s job is already done, he just needs to channel that belief and avoid it turning into arrogance because that is when teams come unstuck.

No team has a divine right to win any game; it takes hunger and wanting it more than the other team. Just turning up expecting to win doesn’t ensure anything as we learnt last week against Bradford. If Arsene helps the team keep up its momentum in the league and channels their focus; then with the home fans behind them we can take the game to Bayern at the Emirates.

There’s a lot of football to be played between now and 19th February when the first leg is scheduled; hopefully boosted by some new signings in January we will progress to the next round.

I do wonder how the postponement of the Boxing Day game against West Ham will affect the team in the long run. The strike scheduled by the London Underground staff had left the authorities with no choice but to cancel the game on that day. On the plus side it gives the players an extra rest over the Christmas period but we will have to shoehorn the game into January which I am sure will be at an unwelcome time. Additionally West Ham are struggling with injuries and it may have been the best time to play them; I have always preferred games on the board rather than games in hand as there is no guarantee you get maximum points from those games. 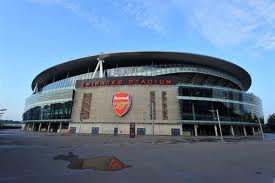 I suppose with the game off it’s a great opportunity to drive down to the stadium on Boxing day and visit the Armoury store. The roads will be empty and the shop will be less crammed with no game on. I’m sure to pick up a bargain or two in the sales, Arsenal Onesie..? Maybe not.