Well, the weekend threw up some bittersweet results for Arsenal fans, a wide range of emotions will have been experienced by the fans that watched the games of their Champion’s League place rivals. Always starting with highs then come the final whistle that emotional was substituted for lows.

At the end of the day it boils down to the Arsenal having their destiny in their own hands, win their games and they get a top four place anything else and the opportunity arises for Tottenham to steal in.

It’s funny how Arsenal fans that experienced the drive for third place last season with the need for an Arsenal victory away to West Bromwich Albion in their final game were most probably unanimous in agreement that a finish to a season with so much riding on the final day should never be repeated. 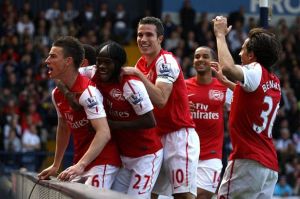 Fast forward twelve months and that is the exact position Arsenal find themselves in, hardly ideal and it’s probably worth getting a check up from the doctor that the heart is in good working condition because next Sunday it will be tested to full capacity.

Now with the weekends round of games complete there’s a clearer picture of what is required and the positive and negative factors that await Arsenal.

Now I certainly do not know many fans that have a dislike for Wigan Athletic, the relegation survival specialists pulled off an amazing feat on Saturday when they beat Manchester City to lift the F.A. Cup. The underdogs had fans up and down the country if not the world saluting the efforts of a modest well run club on a small budget triumphing over the money bags mercenaries. That victory alone is enough to add to the already massive number of neutral fans that would like Wigan Athletic to survive relegation once more this year. 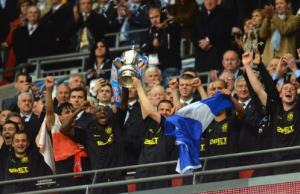 As things have played out both Arsenal and Wigan need a victory to stand a chance of achieving their current goals. A victory for Arsenal will relegate Wigan; a victory for Wigan will almost certainly hand the remaining Champions League place to Tottenham and provide them with a chance of survival on the final day of the season. As an Arsenal fan I would take no pride in relegating Wigan but a win is vital now, and as much as any potential headlines would state Arsenal send Wigan down I would look further back to Wigan’s game with Swansea last week as the straw that broke the camel’s back. They had a real chance to put the pressure on those around them; they were playing a Swansea team with nothing to play for and failed to take advantage. Arsenal if they win will play a part in Wigan’s relegation but cannot be seen as the villains.

Their performance against Manchester City on Saturday I’m sure will have been watched by the Arsenal squad, they will realise how much of a threat they can be as Saturday was no fluke, and it was a deserved victory. Wigan will be fully aware of what they need to do and as much as Arsenal fans would like to think Wigan would be inhibited by their post match celebrations in reality they are professional football players who know what is at stake and will prepare for it as you would expect any professional football team would.

Newcastle secured safety with their victory over Queens Park Rangers on Sunday and will mean they will approach the game with Arsenal in a slightly different mindset. That does not mean they will roll over and let the Arsenal walk over them. They owe their fans a good performance to make up for the stress they put them through in the last few weeks. It will be their final home game of the season and I expect they will put in the effort to win the game. Depending on the result from Tuesday’s game Arsenal will be taking on the Toon army either desperate or super desperate with added prayers to win the game. One thing Arsene Wenger will not expect is any favours from Alan Pardew, the two managers have a long history of clashes over the years and the chance to put one over his rival is incentive enough for Pardew to take the game seriously with his team selection. Sunday’s game will be massive no matter how you look at it

Sunderland to coast or panic?

Many onlookers see Spurs final game as a home banker; it’s hard not to disagree. The awkward thing to take into consideration is Arsenal winning against Wigan on Tuesday saves Sunderland from relegation; they would turn up at White Hart Lane in party mode. The two clubs have no acrimonious history that I remember and the possibility of an upset there is very slim. Paulo Di Canio as a new manager would send his team out to put in a good performance but without the added incentive of something to play for his players may struggle to rise to the occasion. On the other hand If Arsenal fail to win on Tuesday the pressure will be on and we might have some sort of game on our hands. 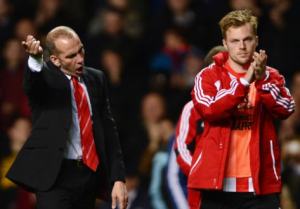 2 thoughts on “Do or Die week for Arsenal”