Well the past 48 hours have been a bit of a PR disaster for Arsenal football club haven’t they? The biggest hammer blow being the Robin Van Persie revelation that he has made the decision that he will not extend his current contract and therefore signalled the end of his Arsenal career. This news was excellently summarised by my partner in crime Cdrive77’s blog post yesterday.

Arsenal fans are used to losing their top player (and captain) year on year, when will this trend stop? For all the talk of self sustainability that gets spewed out to the arsenal fans time and time again when will this policy transpire into a top team unrivalled by all? We the arsenal fans have had the patience, stuck by the team and manager as we await the new dawn of Arsenal reaping the benefits from the being ahead of the rest when the Financial Fair Play rules kick in.

I admit the financing from a sugar daddy rich owner doesn’t sit well with me, a team should build their own success and buying titles is a major cop-out. I would not like Arsenal to win things that way and besides it’s a bit too late in the day as the F.F.P rules are just around the corner.

What the other big clubs seem to be doing now is building their teams with a strong core that when such rules come into play it will take minor acquisitions to add to the core to continue and grow. This is the part where Arsenal needs to catch up with the rest, if the overall plan is for the future when exactly does the team itself come into the reckoning?

Ever since the new stadium was built the one area that suffered was the playing team, I believe the general plan at the time was minor additions to a highly successful core. What wasn’t in the plan was for the team to disband as rapidly as they did. Many of the players from the invincible’s era were happy winning things, we put the money in for the right players and reaped the benefits. This stopped and so then did the commitment of the players who got us to that standing. They were used to being the best and then suddenly changed to carrying the team as lesser players came in. The emphasis was heavily leaned on the youth and many young players needed nurturing; the bigger players did not favour rubbing shoulders with and carrying the young. The opportunity to rub shoulders with the best as they were used to was more tempting. Once we peaked and conquered the premiership back in 2004 the next step would be to attack Europe and bring in the champions league trophy instead we reached a plateau and concurrent regression. 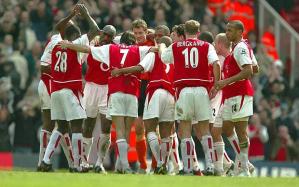 It is from this stage where a team which should have been growing has weakened with each year, the bigger marquee players have moved on year after year and the team itself has suffered as we have had to rebuild to fill voids of those who have left. The key eye for spotting talent from Arsene Wenger has ensured that with every gem that has moved on another gem surfaces and becomes invaluable.

The problem I have is that such a policy cannot last forever; the signs were there last season as we were so close to finishing the season outside the top four for the first time in Arsene’s era. This is the wakeup call the club needed, the scare that would open the eyes of the money men at arsenal that the team needs to be the focus and has to grow. If we lose a massive cog from the team we end up going back to the drawing board. I’m not advocating purchasing players we could not afford in the long run but im happy in the knowledge that everything was done in our power to keep a player. And if those players do not want to be a part of the team then we move on, we don’t honour their wishes and send them on their way with a handshake and a smile. Our focus should be on Arsenal and Arsenal alone. The timing of Robin’s announcement was all wrong and in a way didn’t show respect to the same men who honoured Van Persie’s silence. They protect him while he pissed over them without a second thought; and this is what irritates me as it makes the club look like chumps. We are Arsenal football club and we should call the shots, if a player wants out then we play hardball. Too many players have left over the past few years wrapped in cotton wool only for the club to reveal the bad points of the players long after they are gone. Why tell us at the last AST meeting that Fabregas refused to play for us last season as he wanted to play for Barcelona only? what benefit is there in telling us this last month and not at the time? They might as well have taken that story with them to the grave.

The Arsenal hierarchy need to start doing things differently to avoid turning us into a laughing stock. The team needs to be the focus from now on, do everything in their power to keep the players we build the team around and keep the core together. Let the Robin Van Persie saga be the last year this happens. Self sustainability may be the way forward but without a team you risk falling out of the top four places and that’s where the money stops and trouble starts. We are no longer guaranteed top four and our new acquisitions already have the burden of needing to hit the ground running to ensure we stay there. 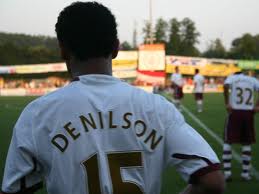 In other news that further dents the fans relationship with the club is the news that Denilson has signed another season long loan with Sao Paulo. It is well known Denilson had no intention of returning to Arsenal. The club have put the player up for sale however it is alleged no offers have come in for the player. We were in negotiations with Sao Paulo to turn his loan last season into a permanent deal. We were adamant on a price but the Brazilian club wouldn’t budge and in the end we succumbed and granted the player another season long loan. This is the kind of thing that infuriates fans, myself included. Why is the player calling the shots? If Sao Paulo didn’t want the player they wouldn’t be negotiating with us. If there is no budge then the player returns and rots in the reserves until his people can organize a transfer to someone willing to pay for him. I would not be surprised if we are footing the majority of the players wages, it is claimed Arsenal have a clause to cancel the loan if an agreement for his sale can be arranged with another club. We all know that isn’t going to happen so we end up with the Brazilian who doesn’t want to play for us still on our books picking his big wages. Why are we so soft when it comes to transfer negotiations?

In more embarrassing news on the Arsenal front it was announced last night on the official site that the tour of Nigeria is now postponed till possibly next summer. In the announcement the club stated:

“We could not get comfortable on everything needed to satisfy our requirements, so we have reluctantly taken the decision to postpone the team’s visit”

To be blunt these kind of things should be looked into long before announcing any possible tour and game. This is a major own goal by the club and again sends the PR team into the spotlight. I only hope not too many fans have made arrangements and booked flights for the sole purpose of this tour. If so should the club make an effort to reimburse those who possibly could lose money if they attempt to cancel their bookings?

The Euros are drawing to an end; one semi final is out the way with the Germans set to take on the Italians tonight for a spot in the final. I missed the game yesterday but was able to catch the penalty shoot out which was a blessing in disguise. No matter how entertaining a 0-0 draw can be, it’s still a 0-0. The shoot out itself was an event filled spectacle which included saves, misses, sublime chips and player mix ups. Cesc scored the deciding penalty though with him no longer playing for us I don’t share his joy. I don’t want our former skipper to fail I just don’t feel a connection with him now that he is not longer part of us.

Today’s game carries Arsenal interest in Lukasz Podolski and Per Mertesacker so they are the team I’m backing all the way. Mertesacker hasn’t played a part all tournament and probably won’t be involved unless there is an injury to the first choice pairing at the back for Germany.

I fully expect Podolski to play a part today, it was like he and his other two partners in crime Gomez and Mueller were rested against the Greeks however for the big game they will all be back. 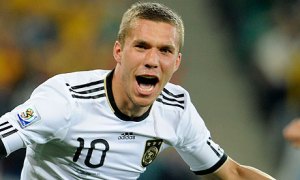 Podolski is a man for the big stage and he will show us what he is all about in a high pressure game.

I’m getting pretty excited about our forward line for next season, no offence to these guys but Chamakh and Park as our options up front was a bit of a joke. How we managed to finish last season 3rd with them as our cover laid testament to the important contribution from our skipper Robin Van Persie. Whatever his secret to fitness was last season, whether he stays or goes I hope he passes on those secrets to our new forwards and maybe to Diaby, Rosicky and Jack.

In other news it was announced that our game being played in Nigeria will be against the Nigerian national team. I’m quite pleased about that, the game will be more high profile against the super eagles and more of a stern test in our pre season preparations. Interest in this game will be high and it’s about time Arsenal recognised the massive fan base in Africa and Nigeria particular. Win win situation for both really and if the game is a success we could expect this to be a regular feature for pre season plans. 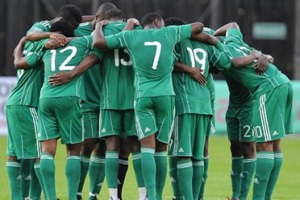 It has been mooted that Terry Burton is in line to take up the vacant reserve manager position at Arsenal. A nice appointment if it comes to fruition.Burton has deep Arsenal links and would be a popular choice. Neil Banfield did a good job for the reserves if you measure it by the successful transition of young players integrating into the first team squad over the years. Reserve titles may be nice on your CV but one of the main purposes of the reserves is bridging that gap between youth and first team. Development is more important and I feel we do that well here, Arsene Wenger does take interest in the young players and his relationship with Banfield was invaluable in terms of identifying those players that had the potential to make it at Arsenal.Burton will be privileged to join and be part of the organisation.

Other titbits you may already know Olivier Giroud revealed he chose Arsenal ahead of Chelsea. Jack Wilshere is on course to be fit and ready for Arsenal pre season and youth player Alban Bunjaku has joined Sevilla.

That’s it from me, let’s get behind Podolski tonight.