There is no better master at pulling the wool over your eyes in a press conference than our very own Arsene Wenger. As we move ever so closely to the closure of the January Transfer Window the signing of players at the club is a big fat zero and it’s now hard to envisage that changing. 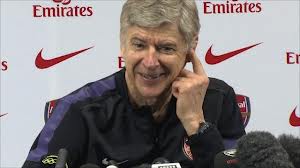 As Arsenal fans we have to trust in the manager’s thinking and believe he has explored every option and has made the best choices to benefit the club. I still believe this season will be make or break for the manager and he will live or die based on the decisions he makes or fails to make during this window if at least 4th place isn’t achieved this season. The board won’t necessary sack him, he has their trust as he has taken position in the front line and used his earned respect from Arsenal fans to deflect all the negativity.

That respect has been chipped away over the years as the patience has run thin with many fans, this season especially has seen many question whether he is the man to turn our fortunes back around without the willingness to spend the money that is regularly touted as available to spend on players.

The problem for Arsene this season is this has been one of the most inconsistent campaigns competed by the Arsenal in recent years. There has been no sustained run of form to calm the disbelievers. Like a pot threatening to bubble over there has been no one to turn down the fire, the pot keeps on bubbling and refusing to go away, one way or the other it’s going to get messy.

For every one or two games we come away with a good result there follows an awful game that reinforces that the squad is maybe not good enough to compete for the title (or even 4th place). The further we fall behind in the title race the more the fans call for changes, the fact our best player last season is now sitting pretty at the top of the table for Manchester United stings the tails of all the passionate Gooners out there.

It seems with every defeat Wenger has talked to the media and claimed he is looking for the right players to improve the squad but with every victory he then champions the players we already have and pleads the case for not adding players.

He is content with the squad stating that he has able cover for every position and so the squad is satisfactory for him but one glance at the premier league table shows us more than 20 points behind the leaders. I refuse to condemn the manager but it doesn’t stop me from assessing where we are at right now and applying some logic to the situation.

If we accept that Arsene will only sign exceptional players that become available during the window we must also recognize exceptional players do not become available unless they have done something fundamentally wrong to force them into the situation. Once a player falls under that bracket then they rule themselves out of an Arsenal move because Wenger would not sign a disruptive or dirty player. The only way to sign an exceptional player is to actively seek out the talent, negotiate and make them and their club an offer they can’t refuse. That’s the only way it works, if we can’t guarantee titles we don’t have the bargaining chips to ensure an exceptional player would want to join us. So apart from players with release clauses in their contracts I don’t hold too much optimism to seeing a marquee signing to boost our season.

Emmanuel Frimpong yesterday sealed a loan move to Fulham for the rest of the season, could that signal the one in one out policy Arsene talked about? Who knows, in the grand scheme of things it’s a good move for Frimpong; another chance to prove himself in the premiership and overcome the injury sustained last year.

Beyond the talk of the transfer window we have a game coming up today against Brighton in the one competition we have a realistic chance of picking up silverware, the FA Cup. Maybe in the past this may have been looked upon as a fixture that shouldn’t pose too many problems, a draw as a worst case scenario. However the result against Bradford has put everything into perspective and Brighton cannot be taken for granted. Wenger’s pre-match talk has already been done for him; he only needs to hold up a newspaper clipping from that game to the players; they don’t need reminding of what complacency can give you.

Lets hope the boys approach the game focused and grind out a win with a good performance.

Well we have some positive news to help soften the bad feeling from our inept display against Norwich at the weekend. Fortunes can change so quickly in football, we went into the international break on the back of a good win against London rivals west ham. We returned from the international break with our worst performance of the season. The fallout from that has left arsenal fans dreaming of the return of Jack Wilshere to the team.

A few weeks back we were looking at our squad and assessing that jack can take his time, his place in the team was in good hands as we were grinding results and earning plaudits. A few unfortunate injuries have now hit the squad and now things don’t look so rosy. It’s not quite panic stations yet, this is one result and we are more than capable of bouncing back from the setback.

Yesterday the arsenal reserves played an u-21 fixture against Everton, the line up included all three of our long term absentees in Wilshere, Sagna and Frimpong. All three managed to play the full 90 minutes and further their potential returns to first team action. It definitely is the type of news us fans would like to hear especially given the fact that Jack influenced the game. In the 2-1 win Jack was involved with both of our goals and is on course for a first team berth against Reading next Tuesday.

The news is exciting that he is managing to play games without any setbacks; physically he seems ready to return but football is more than physicality. Jack will need to be ready on a psychological level to make challenges and be on the end of them again. Long term injuries give players time to reflect, time to miss what they were used to and become cautious of how easy they can lose it all again. Jack is a tenacious player and I’m sure it won’t be before too long he is throwing himself into challenges full blooded, the confidence will return with each game.

The news of Jack returning does tend to overshadow the developments of Sagna and Frimpong’s recovery but understandably Carl Jenkinson has filled in the right back role well enough to make Sagna’s return less urgent. Emmanuel Frimpong in all due respect is more of a fringe player than first teamer at the time of his injury, even though he was on loan. he does have a part to play in this team and with the departure of Alex Song he has every opportunity to prove to Wenger that there was a ready made replacement in house rather than the need to acquire Yann M’Villa during the summer.

That’s it from me today

Great to have Jack Wilshere back. Given the lows felt by the home defeat by Chelsea at the weekend it is a welcomed change to have some positive news to kick-start the week. Jack was able to turn out for the reserves in the u-21 premier league yesterday to move to the next stage of his rehabilitation. After so many false dawns and the desperation to have him in our side last season the sight of jack doing his thing in the arsenal midfield was the biggest indication yet that his return will be a reality.

Although it’s slightly early to even think of him gracing the first team it’s great for all arsenal fans to see him making a return to the field. Although given the time he has been out there’s the possibility of minor reactions to the run out. Things will be clearer by today as to how his legs reacted to the appearance against West Brom. It’s not often an arsenal result takes second billing but in yesterdays case it was all about jack coming through the game in one piece. The fact we lost pales in significance to jacks development; those 63 minutes he spent on the pitch could be one of the most important moments in arsenal’s season.

The best thing for jack this season is the fact that we are well stocked in midfield, the fans are not screaming out for his return. Arsene can wrap cotton wool around him and nurture his rehabilitation without the added pressure of needing to be rushed into the first team. The vultures from the England H.Q may cast a glancing eye on his development salivating in the anticipation of his return to the England midfield but I fully expect Arsene to ensure there is no return before he is ready.

I’m happy for jack as a person more than anything that he is close to getting his career back on track. It has no doubt been a long road to recovery and now he is seeing the light at the end of the tunnel. It’s a shame that the fans couldn’t be there to cheer on our no.10 but a 2pm kick off on a Monday is a tough ask for the arsenal faithful (and being an away game), after all we need to work to be able to buy our competitively priced tickets at emirates. Maybe the added pressure of a big crowd was not called for and a lower key run out was more beneficial. To see jack not quite pulling off what we have come accustomed to seeing from him may take some getting used to. He will be rusty for sure, he needs time to get his groove back and some more games will definitely help him shake off the rust and the class return.

Emmanuel Frimpong’s first start was probably slightly overshadowed by his close friends return. Frimpong managed to last 70 minutes of the game and is clearly ahead of Wilshere in the recovery stages. His possible return is probably not soon enough to cover the void left by Abou Diaby’s current injury but he will relish more opportunities in the Carling Capital One cup and forge his way back into first team reckoning. His knees have held up and I hope that after suffering two long term knee related injuries in recent years his competitive edge doesn’t subside. It will surely play on his mind but I hope in between all the TV appearances and Dench promotion Frimpong has taken the time away from football to reflect and focus on what he can achieve in his arsenal career and how he can achieve it. Strong mental attitude is a trait Wenger likes in his players and that is exactly what our midfield general will need to call upon to get over the understandable psychological limitations that could hinder his game.

Enough of putting a dampener on Frimpong; it’s great to have him and Jack back on reserve level duty and getting past their injuries. The fans are 100% behind you guys, take your time, don’t rush back too soon, we want you both 100% ready. Dench…