A game that will be remembered for that goal more than anything else. The terminology of ‘Scorpion kick’ was something I only associated with Rene Higuita’s audacious piece of skill during a friendly against England many years ago now in the space of a week it’s the term of choice to describe the jaw dropping new way to score a special goal.

To be fair the one from Mik.. Miki..Miktarian the Armenian midfielder and Giroud’s one yesterday were both pieces of individual spontaneous excellence that they should be appreciated for what they are rather than debating which was onside better.

Fantastic goal aside the most important thing was getting the three points against Crystal Palace, regardless of their erratic form this was a potential banana skin for the Gunners. Under new management it can always be a dangerous time to play a team as all the players have a point to prove to earn their place in Big Sam’s plans. Additionally there was added pressure on the Arsenal players to get the win to keep up the pace with Chelsea and Liverpool and fend off the chasing pack knowing all the rival teams’ bar Man City gained maximum points.

The points were gained however goal difference could play an important part come the final stages of the season and if there is one criticism I have to throw at the team it was the lack of killer instinct to really put Crystal Palace to bed. Yes the performance was comfortable and yes there is another game in a matter of days but it would be far easier to take your foot off the gas in the game once the club are three to four goals up. It seemed the magic of Giroud’s goal set a feel good mood amongst the players and the fans but any sign of urgency was muted.

The team played it safe and you could sense that a search for a second goal wasn’t high priority. Crystal Palace has been wretched of late but they are still capable of putting the ball in the back of the net. I wouldn’t say it’s a vote of no confidence to say keeping a clean sheet is far from impossible for the Arsenal but the team has got the capacity to fall asleep at the back when they are at their most comfortable. The first half petered out very comfortably and I have to admit it was worrying that the mindset of the players might get complacent in the second half.

On the plus side the team did come out in the second half more determined to get a second and kill off the game unfortunately the other Achilles heel reared its ugly head: profligacy. Many chances came and went, Alex Iwobi did eventually put the ball in the net to calm a few nerves but when the final whistle did eventually blow you couldn’t help but feel Palace were let off in a game which could easily has ended with four or five goals for the Gunners. At times it seemed like Crystal Palace players were trying their best to gift the team goals but they were politely declined each time through wasteful finishing. 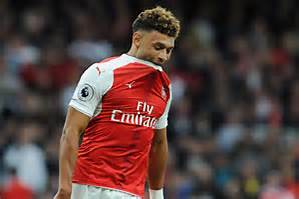 Like I mentioned the win was the most important thing and the finishing aspect is just a slight frustration because at times this season we have seen our rivals up against similar and they have been ruthless. It would be nice to see this Arsenal team show no mercy a bit more often, all will be forgotten if we beat Bournemouth in the next game.

You may have noticed I have risen from the ashes to provide a blog post, 2016 has not been the most fruitful year for this site but I hope to put that right in 2017. Start the year as I mean to go on… commenting on Arsenal victories.

I’ll see you on the other side after the Bournemouth game, in the meantime here’s some food for thought after yesterday’s game:

With Giroud now starting and scoring in games is it hindering the influence of Alexis Sanchez?

Flamini returned yesterday but do you recall seeing any contribution he made in the game?

Mustafi is now back, does he replace Gabriel now that the Brazilian has finally settled in the team?

Feel free to discuss in the comments section. Other than that enjoy your day people!

Yesterday was a busy day for Arsenal in terms of news as this season’s Champion’s league opponents were selected and a new signing was announced by the club. The Champion’s league draw pitted Arsenal against Marseilles, Borussia Dortmund and Napoli in what could be deemed a very tough group. In theory partaking in the Champion’s League does not produce easy games however there were a few teams in the draw that would be more favourable to ensure qualification from the group stages.

It is what it is, if you want to be the best you have to beat the best, the teams Arsenal are facing are not exactly super powers of Europe with the exception of the threat of Dortmund having finished runners up last year the other two teams despite being daunting opponents are most certainly beatable.

Sometimes focus can be on opponents so much that we can forget what a challenge it can seem to the other teams of facing the Arsenal. Maybe our potential to win the competition is not as great as some of the other teams in the competition but Arsenal are hardly at the other end of the talent scale. Seriously with the right signings before the transfer window shuts on Monday the club can increase and have every chance to put in a strong challenge this season. Talent is a defining factor along with a slice of luck and fortune at times and most importantly a collective team spirit is what can carry a team that extra yard to success.

Despite the obvious lack of strengthening of the squad so far this season one thing we cannot deny is the current personnel representing the club on the pitch do work hard for each other. The bonding and camaraderie between the players is evident for all to see and is a strong starting block to build upon. If there are disruptive players in the squad I don’t know who they are, I’m not naive enough to believe every Arsenal player loves each other as they live under a hedonistic love bubble but you can see from the body language before, during and after the games there is a mutual respect and belief amongst them.

In other news a signing was announced by the club, not quite the signing to release some of the built up tension amongst Arsenal fans as Matthieu Flamini was revealed as the 2nd signing of the summer. One of the worst kept secrets as the fans anticipated when he would be announced rather than if.

A sensible signing in my eyes as Flamini’s experience will be invaluable to the Arsenal squad, whether he will directly be challenging for 1st team action remains to be seen but he will be available to be called on if and when required. The Frenchman isn’t the marquee signing we have been calling for all some summer however there is still time in the transfer window, Champion’s League qualification was confirmed only a matter of days ago and potential transfers that were conditional of qualification may be at advanced stages.

I admit I have found the transfer window frustrating, the number of names linked only for other clubs securing their signatures instead. Our rivals across North London are making signings like there’s no tomorrow certainly doesn’t help, though their acquisitions do not guarantee an adequate replacement for Gareth Bale. Time will tell how their expensive duds will work out but if history has anything to go by (Bentley £15m anyone?) they are in for an interesting ride.

From an Arsenal fan perspective all I can say is judge Wenger when that window closes, we have had the wool pulled over our eyes in the past but this time it’s different. The squad needs reinforcements and there is no way no further signings will go down well. It will surely produce a negative feeling from the stands which will filter through to the players. The injuries to Oxlade Chamberlain and Lukasz Podolski merely add to the need to sign players and are likely to accelerate negotiations for a player to fill their void. I wont use the word patience but I will just say wait until the transfer window closes.