Yesterday was a busy day for Arsenal in terms of news as this season’s Champion’s league opponents were selected and a new signing was announced by the club. The Champion’s league draw pitted Arsenal against Marseilles, Borussia Dortmund and Napoli in what could be deemed a very tough group. In theory partaking in the Champion’s League does not produce easy games however there were a few teams in the draw that would be more favourable to ensure qualification from the group stages.

It is what it is, if you want to be the best you have to beat the best, the teams Arsenal are facing are not exactly super powers of Europe with the exception of the threat of Dortmund having finished runners up last year the other two teams despite being daunting opponents are most certainly beatable.

Sometimes focus can be on opponents so much that we can forget what a challenge it can seem to the other teams of facing the Arsenal. Maybe our potential to win the competition is not as great as some of the other teams in the competition but Arsenal are hardly at the other end of the talent scale. Seriously with the right signings before the transfer window shuts on Monday the club can increase and have every chance to put in a strong challenge this season. Talent is a defining factor along with a slice of luck and fortune at times and most importantly a collective team spirit is what can carry a team that extra yard to success.

Despite the obvious lack of strengthening of the squad so far this season one thing we cannot deny is the current personnel representing the club on the pitch do work hard for each other. The bonding and camaraderie between the players is evident for all to see and is a strong starting block to build upon. If there are disruptive players in the squad I don’t know who they are, I’m not naive enough to believe every Arsenal player loves each other as they live under a hedonistic love bubble but you can see from the body language before, during and after the games there is a mutual respect and belief amongst them.

In other news a signing was announced by the club, not quite the signing to release some of the built up tension amongst Arsenal fans as Matthieu Flamini was revealed as the 2nd signing of the summer. One of the worst kept secrets as the fans anticipated when he would be announced rather than if. 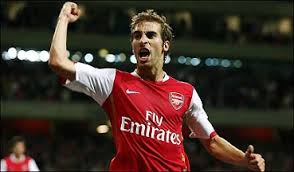 A sensible signing in my eyes as Flamini’s experience will be invaluable to the Arsenal squad, whether he will directly be challenging for 1st team action remains to be seen but he will be available to be called on if and when required. The Frenchman isn’t the marquee signing we have been calling for all some summer however there is still time in the transfer window, Champion’s League qualification was confirmed only a matter of days ago and potential transfers that were conditional of qualification may be at advanced stages.

I admit I have found the transfer window frustrating, the number of names linked only for other clubs securing their signatures instead. Our rivals across North London are making signings like there’s no tomorrow certainly doesn’t help, though their acquisitions do not guarantee an adequate replacement for Gareth Bale. Time will tell how their expensive duds will work out but if history has anything to go by (Bentley £15m anyone?) they are in for an interesting ride.

From an Arsenal fan perspective all I can say is judge Wenger when that window closes, we have had the wool pulled over our eyes in the past but this time it’s different. The squad needs reinforcements and there is no way no further signings will go down well. It will surely produce a negative feeling from the stands which will filter through to the players. The injuries to Oxlade Chamberlain and Lukasz Podolski merely add to the need to sign players and are likely to accelerate negotiations for a player to fill their void. I wont use the word patience but I will just say wait until the transfer window closes.